JOIN US FOR A SHOW TO SHARE YOUR KNOWLEDGE & TO HELP US INCREASE THE PRESENCE OF WOMEN IN ACADEMIA ALONG THE WAY!! 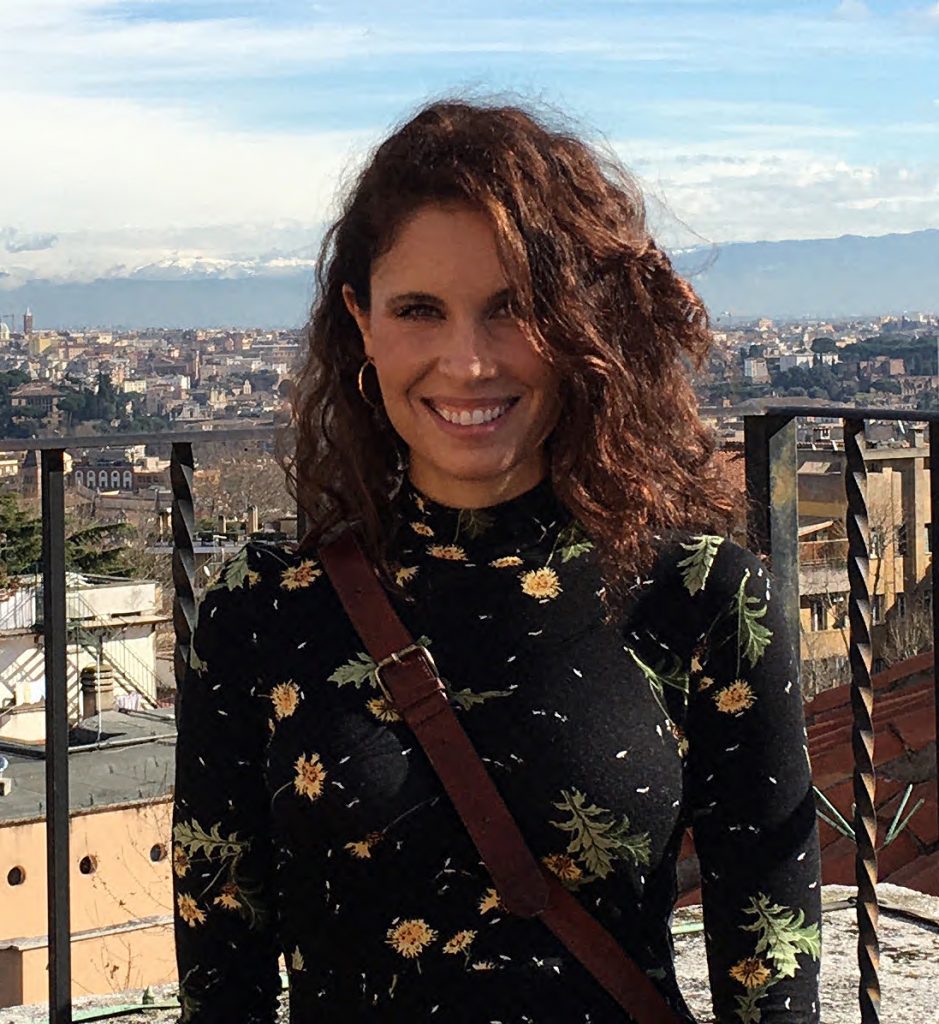 Dr. Robyn Walsh is an Associate Professor of New Testament and Early Christianity at University of Miami. Dr. Walsh earned her Ph.D. at Brown University in Religions of the Ancient Mediterranean, with a focus on early Christianity, ancient Judaism, and Roman archaeology. She teaches courses on the New Testament, Greco-Roman literature and material culture. Dr. Francesca Stavrakopoulou is a British biblical scholar and broadcaster. She is currently a Professor of Hebrew Bible and Ancient Religion at the University of Exeter. Her research is primarily focused on ancient Israelite and Judahite religions, and portrayals of the religious past in the Hebrew Bible. More specifically, she’s most interested in biblical traditions and ancient religious practices most at odds with Western cultural preferences, especially those bound up with the materiality and sociality of the body – whether living or dead, divine or human. Alongside Dr. Stavrakopoulou’s research and teaching, she is also involved in various media activities, including writing and presenting the BBC TV documentary series Bible’s Buried Secrets, which was recently re-aired on Netflix US. 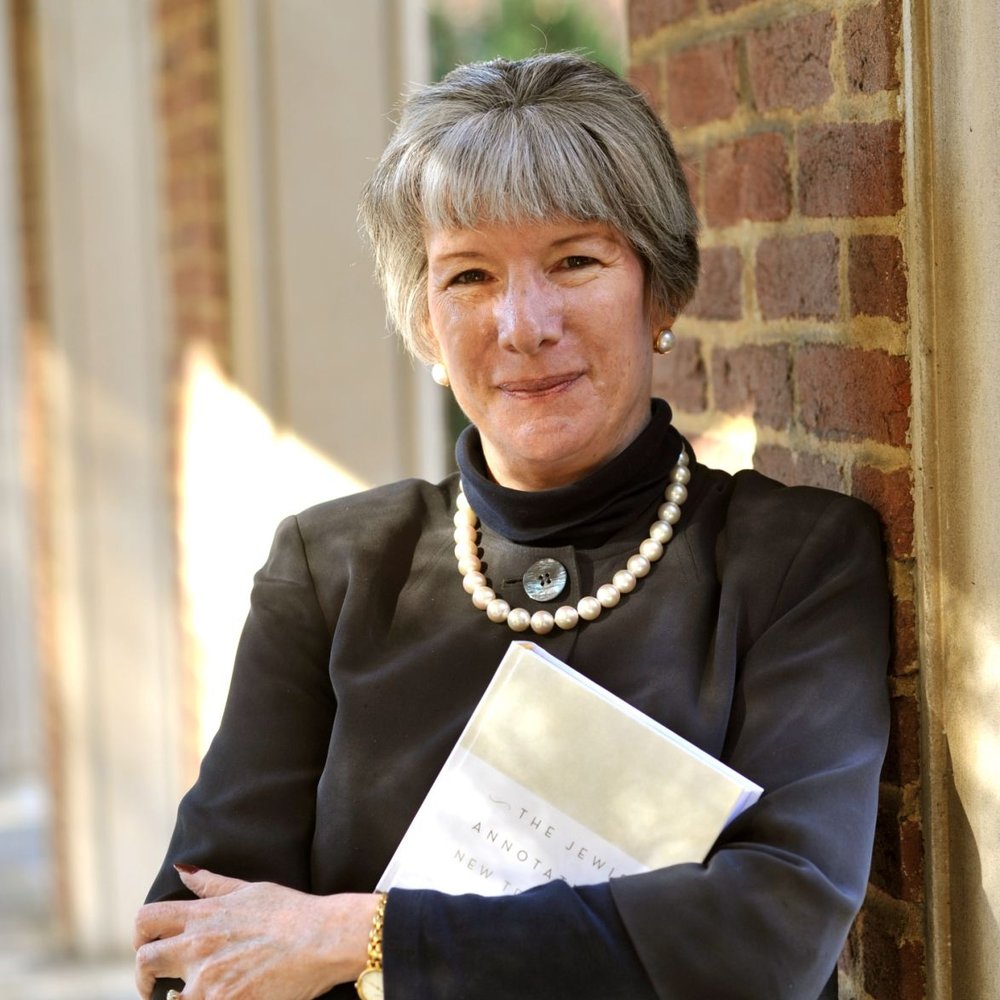 Dr. Amy-Jill Levine is E. Rhodes and Leona B. Carpenter Professor of New Testament Studies at Vanderbilt University Divinity School, Department of Religious Studies, and Graduate Department of Religion. She’s an internationally renowned scholar and teacher, as well as the author of numerous books. Dr. Levine is the first Jew to teach New Testament at Rome’s Pontifical Biblical Institute. In 2021 she was elected to the American Academy of Arts and Sciences. She has held office in the Society of Biblical Literature, the Catholic Biblical Association, and the Association for Jewish Studies. She has given over 500 lectures on the Bible, Christian-Jewish relations, and Religion, Gender, and Sexuality across the globe.

Dr. Elaine Pagels is an American historian of religion. She is the Harrington Spear Paine Professor of Religion at Princeton University and an Aspen Institute Trustee. Dr. Pagels has conducted extensive research into early Christianity and Gnosticism. Pagels joined the Princeton faculty in 1982, shortly after receiving a MacArthur Fellowship. Perhaps best known as the author of “The Gnostic Gospels,” “The Origin of Satan,” and “Adam, Eve and the Serpent,” she has published widely on Gnosticism and early Christianity, and continues to pursue research interests on topics that include sexuality and politics, visions, and the origins of Christian anti-semitism. In 2013 she received an honorary law degree from her alumni,  Harvard University, and, in 2016, the National Medal for the Arts from President Barack Obama. 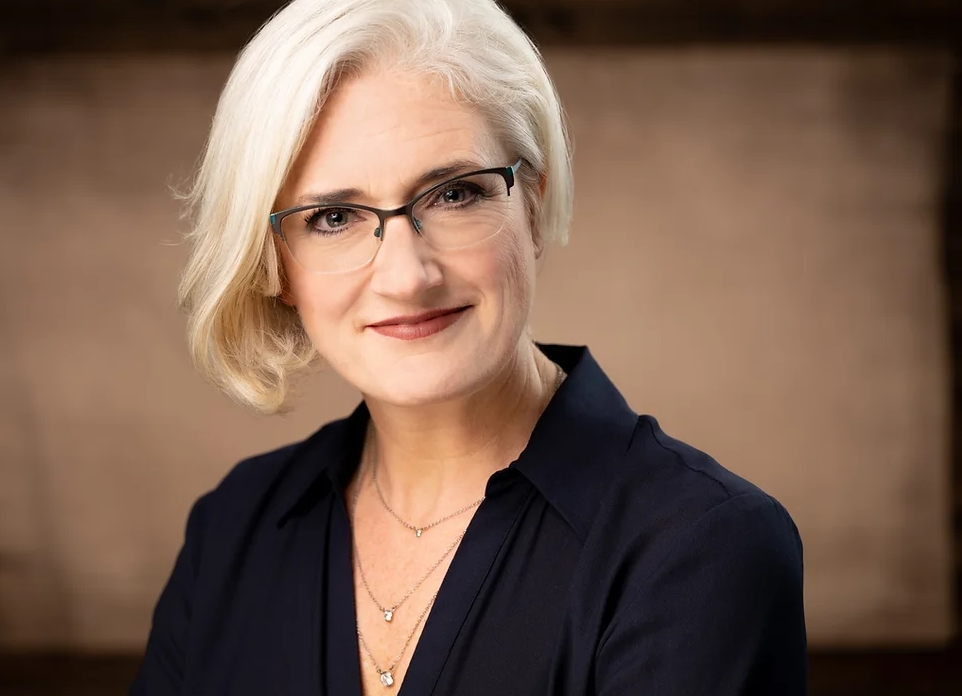 Dr. Jennifer Bird is an adjunct professor for Portland Community College and University of Portland. She has a Ph.D. in New Testament and Early Christianity from Vanderbilt University. Her undergraduate degree is a BS in Mathematics, with an Education Minor, from Virginia Polytechnic Institute and State University (1994). After two years training, she found herself applying to seminary in order to study biblical languages and look into what the bible says about women. With an MDiv from Princeton Theological Seminary (2001), she began PhD work in New Testament and Early Christianity and finished that degree from Vanderbilt University in Nashville, Tennessee (2007). Learning to read scripture in the original language and understanding the cultural context changed her perspective dramatically. From polygamy to the apocalypse, the Bible is full of stories that sometimes make Christians uncomfortable. Yet many believers are taught they shouldn’t question scripture. Dr. Bird wants to change that. She believes that everyone should investigate their conceptions of the Bible, raising tough questions about sex, violence, marriage, Judgment Day and more, and not just taking the word of others. 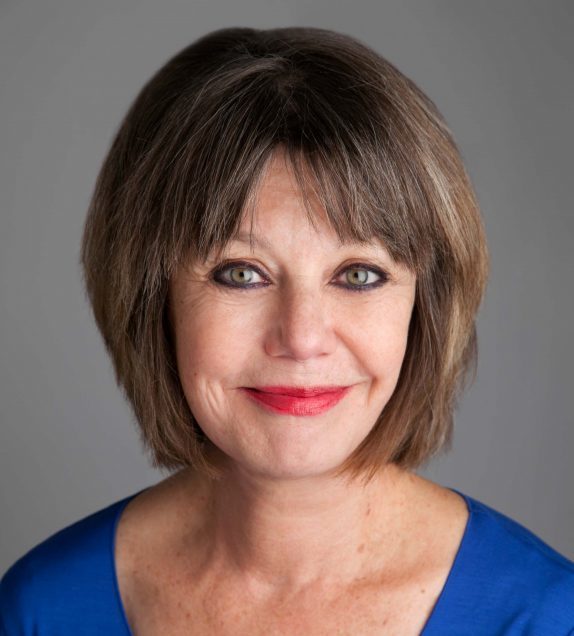 Dr. Paula Fredriksen is an American historian and scholar of early Christianity. She held the position of William Goodwin Aurelio Professor of Scripture at Boston University from 1990 to 2010. She is now the Aurelio Professor of Scripture Emerita at Boston University, Distinguished Visiting Professor of Comparative Religion at the Hebrew University, Jerusalem since 2009. Dr. Fredriksen studied for a double B.A. in Religion and History at Wellesley College, from which she graduated Phi Beta Kappa in 1973. After a year of formal theological study at St. Hilda’s College, she received a diploma in theology from Oxford University in 1974. Dr. Fredriksen earned her Ph.D. in the History of Religion: Ancient Christianity; Graeco-Roman Religions from Princeton University in 1979. From 1979 to 1980, she was an Andrew W. Mellon Postdoctoral Fellow in the Religion Department at Stanford University. Both Wellesley College (in 1989) and Princeton University (in 2000) deemed Fredriksen a “distinguished alumna.

In April 2013, she was elected a fellow of the American Academy of Arts and Sciences (AAAS), she also holds honorary doctorates in theology and religious studies from Iona College (2008), Lund University in Sweden (2017), and the Hebrew University of Jerusalem (2018). She has authored seven books on the social and intellectual history of ancient Christianity, and on pagan-Jewish-Christian relations in the Roman Empire. Dr. Fredriksen has also written and edited multiple other publications such as articles, books, essays, and reviews. Her second book, “From Jesus to Christ. The Origins of the New Testament Images of Jesus”, was the winner of the Yale Press Governors’ Award for Best Book in 1988. Her third book, “Jesus of Nazareth, King of the Jews”, won the 1999 National Jewish Book Award; and her sixth book, “Paul: The Pagans’ Apostle”, won the American Publishers’ Association 2018 PROSE Award in Religious Studies. Dr. Fredriksen served as an historical consultant and featured speaker in various media, including for the BBC production, “The Lives of Jesus” (1996); PBS television special, “From Jesus to Christ”; and for U.S. News & World Report‘s “The Life and Times of Jesus”. 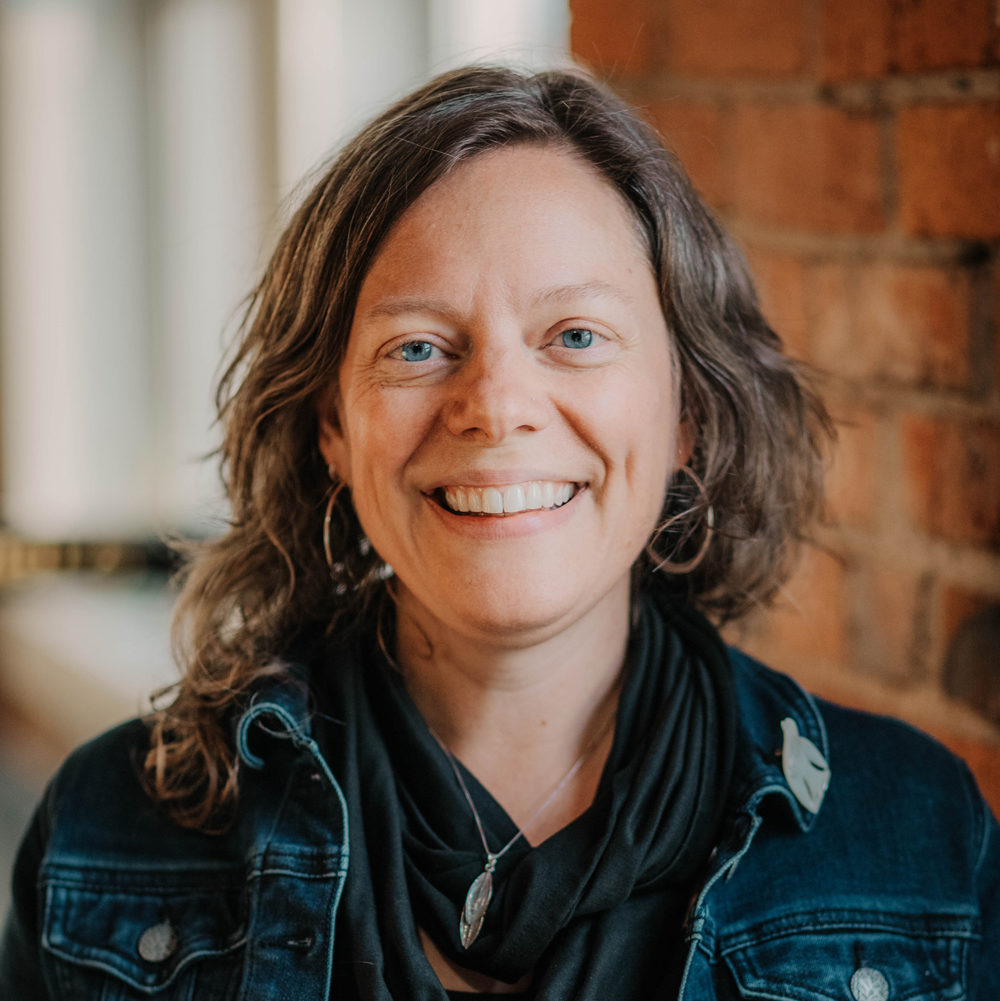 Dr. Celene Lillie is a scholar of New Testament and the early Christian History who holds a Ph.D. and M.Div from Union Theological Seminary in New York City and a B.A. in Contemplative Psychology from Naropa University. Dr. Lillie considers herself multivocational, adjuncting and advising at several undergraduate and graduate institutions; lecturing and preaching nationally; and serving as the Direct of Adult Education and Spiritual Formation at First United Methodist Church in Boulder, CO, University of Colorado Boulder, The Seattle School of Theology and Psychology, and the University of Oklahoma. She has been an active scholar at Westar Institute since 2015 and helped create an online academy for the Westar Institute. Recently, she’s been named as the inaugural Dean of the Westar Academy.

Dr. Lillie works at the intersections of ancient language and context and contemporary questions of gender, trauma, justice, and community to ask meaningful questions of early Christian texts. Among several articles and co-authored books, she has authored “The Rape of Eve: The Transformation of Roman Ideology in Three Early Christian Retellings of Genesis”, is the director of translations for A New Testament, and a co-author of “The Thunder Perfect Mind: A New Translation and Introduction.” She’s the OU College of Professional and Continuing Studies faculty member honoree for the fourth quarter of 2021. She’s been an adjunct faculty member for PACS since the fall of 2020 and regularly teaches LSTD 4173, Women in the Bible and Qur’an. 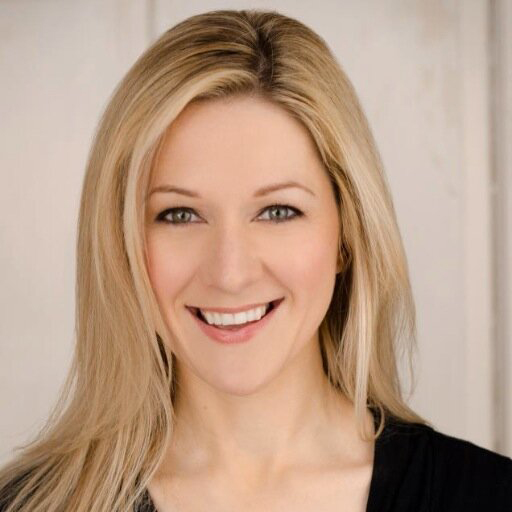 Dr. Candida Moss is an English public intellectual, journalist, New Testament scholar and historian of Christianity, who is the Edward Cadbury Professor of Theology in the Department of Theology and Religion at the University of Birmingham. A graduate of Oxford and Yale universities, Moss specializes in the study of the New Testament and martyrdom in early Christianity and ancient history; with particular focus on martyrdom, persecution, disability, enslavement, and other questions to do with marginalized groups. Moss attended Hanford School and The Godolphin and Latymer School. She graduated from Worcester College, Oxford, in 2000 with a B.A.(Hons) in theology. In 2002 she received an M.A.R. in Biblical studies from Yale Divinity School. In 2006, Moss graduated from Yale University with an M.A. and an M.Phil in religious studies, followed by a PhD in religious studies in 2008.

Moss has written three books on martyrdom. Her first, The Other Christs: Imitating Jesus in Ancient Christian Ideologies of Martyrdom, was the recipient of the 2011 John Templeton Award for Theological Promise. She is a research associate at the Institute for the Study of the Ancient World at New York University. She is a columnist for The Daily Beast and has contributed to the Los  Angeles Times, Politico, The New York Times, BBC Online, BBC Radio 4’s In Our Time, CNN.com, The Washington Post, HuffPost, The Chronicle of Higher Education, and Times Higher Education. She served as papal news contributor for CBS News, an academic consultant to the television series The Bible, and as a frequent contributor to the National Geographic Channel, History Channel, Travel Channel, BBC, Discovery, E!, CNN, and Smithsonian Channel.

Moss received the Charlotte W. Newcombe Award from the Woodrow Wilson National Fellowship Foundation, the John Templeton Award for Theological Promise from the John Templeton Foundation, and a NEH Summer Seminar Grant from the National Endowment for the Humanities. In 2015 she was shortlisted for the Hiett Prize and a Religion Newswriters Association award. In 2016 her co-authored book Reconceiving Infertility was shortlisted for the American Academy of Religion Book Prize for Textual Studies. In 2017 her co-authored book Bible Nation: The United States of Hobby Lobby was selected as a Publishers Weekly 2017 Best Book in Religion. She was elected a member of Studiorum Novi Testamenti Societas in 2013. 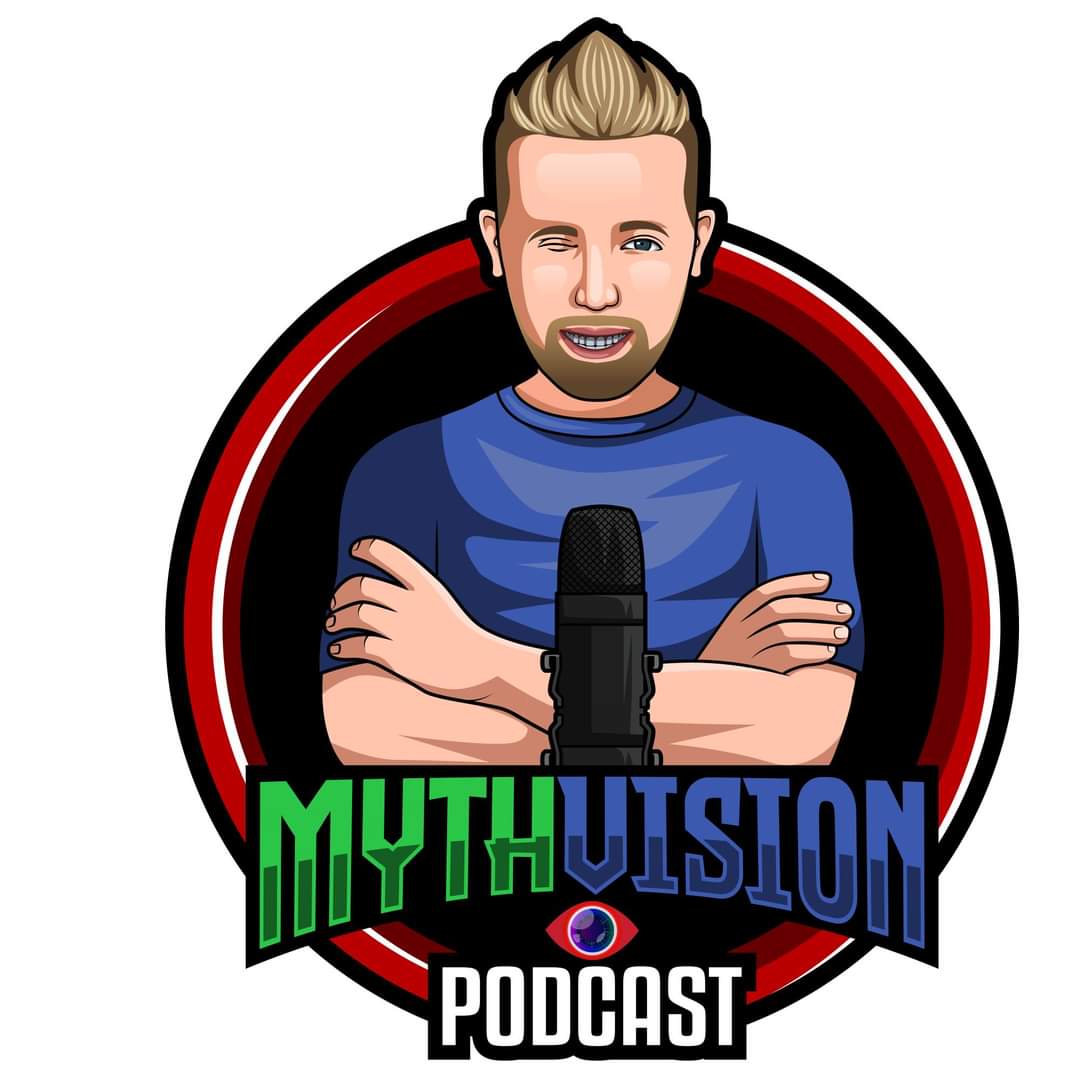