Islam will be the World’s
Largest Religion by 2070 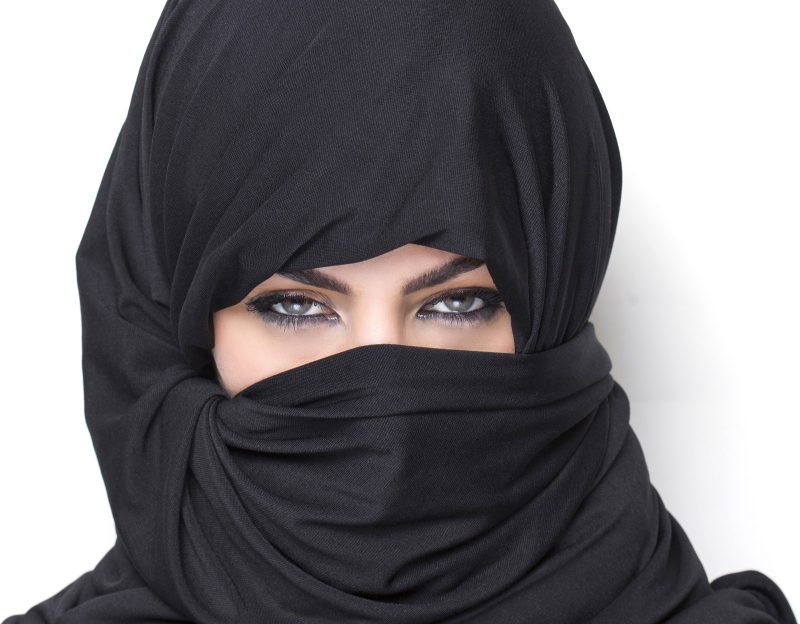 Muslims will outnumber Christians by 2070, ending two millenniums of Christian dominance going back to the birth of Jesus Christ, projections released by the Pew Research Center show.

Islam is projected to grow more than twice as fast as any other major religion over the next half century because of a higher fertility rate. While Christianity will remain a dominant global religion, it will lose majority religious status in countries such as the United Kingdom, France and Australia.

Such a dramatic change raises questions about whether global conflicts between radical Muslim groups and Western nations with Christian majorities will become more inflamed in the decades ahead.

A slight shift by one major world religion to numerical dominance may not, by itself, create problems, but underlying factors of rapid population growth in poor countries can drive economic hardship, migration and political unrest, says David Voas, professor of population studies at England’s Institute for Social and Economic Research. Such conditions can give rise to extremist violence, he says.

“The very rapid growth of population, combined with limited opportunities even for the educated young people, but particularly for less educated ones, has created social and therefore political tensions and that has fuelled things like immigration to Western countries, political upheaval,” Voas say.

“We can be quite confident that Muslims are going to grow rapidly in the decades ahead,” said Conrad Hackett, demographer and lead author of the report.

The engine of growth for both Christianity and Islam will be sub-Saharan Africa where high fertility and large Muslim and Christian populations will increase global numbers for both religions, Pew demographers say.

Christianity will remain the dominant religion for the United States but lose some of its share to the unaffiliated — those who claim no particular religion or who are atheists or agnostic. By 2050, it is estimated that up to 40% of Americans will fall into this non-religious category, up from 16.4% in 2010, the analysis shows.

While the populations of nearly all the world’s religions will grow, youth and high fertility among Muslims will fuel a dramatic 73% jump in numbers in just over a generation. The number of Christians during that same period will increase by 35%, the study shows.

Fertility rates are key to the growth rate of religions, according to the report. Populations remains static with a birthrate of 2.1 children per mother, and a few world religions during the next four decades fall below that mark. Buddhists, for example, have a rate of 1.6, so their numbers will remain largely unchanged by 2050, the report says.

Jews and Hindus have higher fertility rates, but still fall below the world average of 2.5. Christians surpass that average with a rate of 2.7, but Muslims soar beyond it with 3.1 children per mother.

For followers of Islam to outnumber Christians by 2070 would be a milestone for mankind, many scholars say. Pew researchers say experts they consulted assert that since Christianity began six centuries before Islam, followers of Christ have always outnumbered Muslims.

Other findings in the study:

• India will surpass Indonesia as having more Muslims than any country by 2050. However, because of India’s explosive growth — it will house the world’s largest population by then — Muslims will remain outnumbered by Hindus.

• While the number of atheists, agnostics and others who do not affiliate with any religion will, as a group, be a smaller share of the world’s population by 2050, they will be the largest, outnumbering Christians, for nations such as France, New Zealand and the Netherlands.

• Christianity is expected to suffer the largest net loss among those switching beliefs by 2050, winning over 40 million new adherents while losing 106 million, mostly to those unaffiliated with religion.

• A potential wild card in the projections is China. Those unaffiliated with religion make up more than half the population there. But some scholars believe many of those could be Christians too fearful to make their faith known. Should they become more open in the decades ahead it could change the calculations regarding worldwide Muslim numerical supremacy, Pew researchers say.

To establish the projections, Pew researchers culled through and analyzed 2,500 sources of data including censuses, demographic surveys and other studies.

“You might say only God knows how many people are believers,” said Nicholas Eberstadt, a political economist and demographer with the American Enterprise Institute. “But to the extent we mortals who try to use statistical methods and data can try to quantify these very difficult questions, they’ve done a tremendous, tremendous job.” 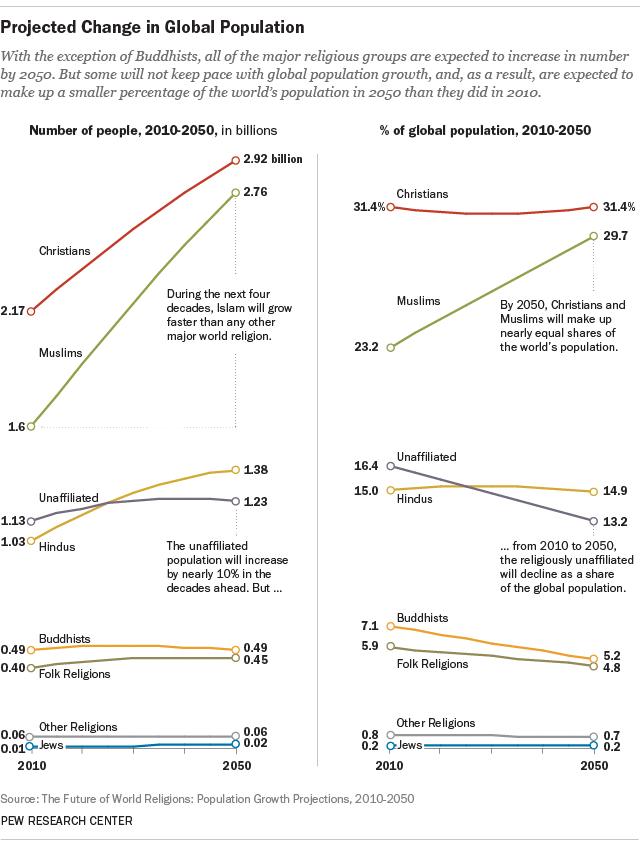