Seven men around the world who claim to be Jesus Christ

At least seven men around the world claim to be Jesus Christ, and many have a following of devoted believers.

From a retired Siberian traffic cop named Vissarion to a cross-dressing former British spy David Shayler — these men all claim to be Jesus.

Jesus of Kitwe, Zambia, the taxi driver who was originally beaten by townsfolk for claiming to be Jesus, now says he is even more senior to Jesus in the hierarchy in heaven.

Near Brazil’s capital, former waiter Inri Cristo gets around in a white robe topped off with a plaited white crown.

His devoted female disciples, who live with him in a small compound behind an electrified fence, push him around on a fringed red satin platform on wheels.

He has captured Jesus Matayoshi of Japan, a former politician, standing atop a mini-van amid Tokyo’s commercial heart calmly spreading his Gospel.

Moses, who uses his disciples welfare payments to fund his Jesus compound in KwaZulu-Natal town, last year married one of his young disciples.

Bendiksen says the writings of St Paul in the first century make it clear that he expected Jesus to return in his own lifetime.

Since then, many claimants have come forward.

They include Moses of Crete in the fifth century, Ann Lee, a Shaker who considered herself Christ’s female counterpart in 1772, and racing driver Claude Vorilhon, who founded the UFO religion, the Raël Movement in 1972.

Bendiksen chose seven men who have convinced their followers that the Bible prophecy of the second coming has been fulfilled.

“According to the people and communities I’ve photographed, this 2000-year-long wait is finally over, and Jesus is again walking among us,” he writes.

Self appointed leader of the Church of the Last Testament, Vissarion, has gathered an impressive following of up to 10,000 devotees in the frozen mountain country of the Siberian forest.

With his beard and flowing robes, the man, whose real names is Sergey Anatolyevitch Torop, looks the part.

The 59-year-old claims to be the Second Coming of Christ and preaches reincarnation, vegetarianism, civility, ecology and apocalypse.

A former Red Army officer, Vissarion worked as a patrol officer in the Minusinsk police force in Siberia before losing his job in 1989.

A year later he had a vision that he was Christ to lead followers among whom alcohol, tobacco, meat and money are banned.

At his religious commune, Tiberkul on a secluded tract of land in the Siberian Taiga, 4400km west of Moscow and 500km from the Mongolian border, he lives with 5000 of his flock.

Members of his church, known as Vissarionites, come from all over the world to live in wooden huts and tramp through the snow following their messiah.

The winters are bitterly cold, which his Last Testament teachings say are all the better for developing his devotees’ character.

His disciples celebrate Christmas on January 14, Vissarion’s birthday, when they enter the community’s innermost and holiest village, Obitel Rassveta, or The Abode of Dawn.

On this day, they share in a communal feast and observe other rituals. 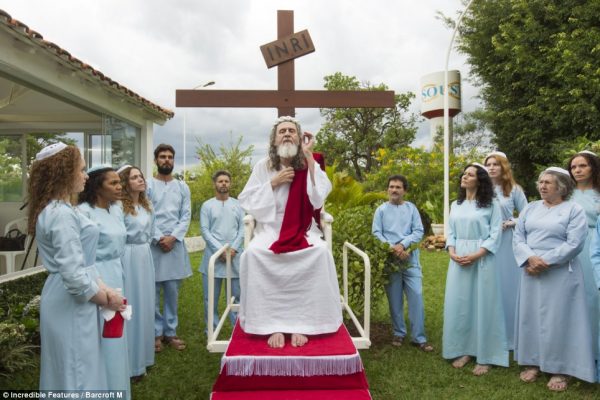 Near Brasília, the capital of Brazil, the mostly female followers dressed in blue robes of INRI push their messiah around on a rolling pedestal.

This self-appointed Messiah has taken the initials INRI Pontius Pilate inscribed on the cross of Jesus Christ, which stand for Iesus Nazarenus Rex Iudaeorum, meaning Jesus of Nazareth, King of the Jews written in Hebrew, Latin and Greek.

A dozen disciples live full-time with the celibate 72 year old in his walled compound, which is protected with barbed wire and electrical fencing.

They grow most of their own food and spend their time focusing on INRI’s mission, the dawn of a New Age of peace.

Born Alvaro Theiss, the son of Catholic parents with German ancestry, Cristo had limited schooling after his father had to retire following a work accident.

He left home at the age of 13 and worked as a delivery boy, peddler, waiter and baker.

Inri abandoned Catholicism to became an atheist until a “powerful voice awakened” in him a spiritual transformation in the 1970s.

He went on a Latin American speaking tour, occasionally appearing on television and becoming a high society guru.

In 1979, Cristo declared that a voice claiming to be God had said to him: “I am your father.”

The voice, he claimed, told him he was the same Jesus Christ crucified 2000 years earlier.

He became Inri Cristo, dressed himself in a white robe and sandals, and took off spreading his message around the world.

He was expelled from the United States and United Kingdom but found shelter in France where some declared him as the Second Coming of Christ.

In 1982, Cristo was imprisoned for blasphemy and vandalism in Brazil and he founded a new mystical order.

Police have continually detained Inri over the last few decades, resulting in the defended and walled compound in which he now lives with his acolytes. 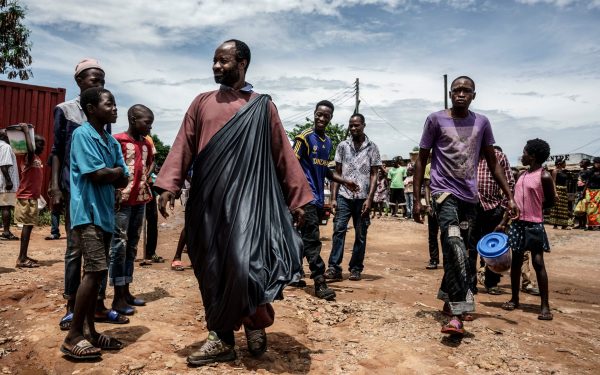 7 years ago, when he set up his compound with disciples as the reincarnation of Jesus Christ in South Africa’s KwaZulu-Natal province, Moses Hlongwane was denounced.

This, he claimed, was proof that he was Jesus Christ and that he had spent years in the wilderness before being resurrected as the Son of God.

The former Johannesburg jewellery salesman immediately dubbed himself Lord of Lords or King of Kings.

Accused of tearing families apart, Hlongwane said he had “spent 22 years in a fight with the devil and have overcome him”.

His disciples included aged pensioners who signed over their entire benefits to Hlongwane.

He told Channel Africa, he would “never die, as God gave me a command”.

“As I speak to you I will never see death and I am now getting ready for the opening of the graves and healing of blind and lame,” Moses said.

Last year Hlongwane married one of his disciples, Angel.

He then announced that his wedding day was the beginning of the End of Days, the religious cataclysm when Jesus returns to earth and the faithful are granted entry into heaven.

Angel now goes by the title “Mother of the Whole World”.

Hlongwane says that God identified him as the Messiah during a dream in 1992.

He has about 40 disciples. 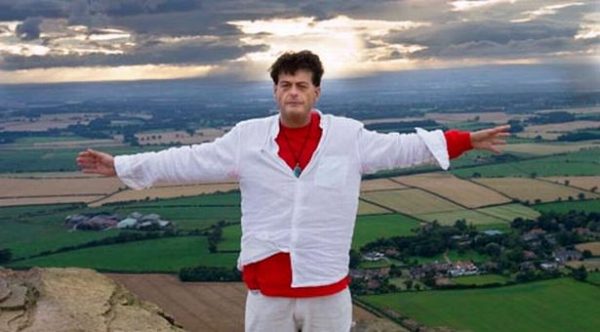 A former MI5 agent and whistleblower, Shayler declared himself the Messiah in 2007 and now occasionally preaches as his cross-dressing alter ego, Delores Kane.

Shayler says his partial identity as a woman gives the Messiah practical insight into the world from a female perspective.

Shayler had worked in the MI5 branch which monitored left-wing activists, and later handled Irish and then Middle Eastern terrorism.

He claimed that the Secret Intelligence Service, MI6 plotted a failed assassination of Libyan leader Colonel Gaddafi in 1996.

Shayler made other claims to media, about the 1994 bombing of the Israeli embassy and was charged with breaching the Official Secrets Act.

He was found guilty, but imprisoned for just five weeks.

He joined the 9/11 Truth Movement, which claims that the World Trade Centre attacks were not perpetrated by Osama bin Laden.

When he claimed himself the son of God, saying, “I am the messiah and hold the secret of eternal life”, he dedicated himself to “destroying the Zionist empire”.

In 2008, he delivered a “sermon on the mount” from a hill in the rural England village of Abinger Hammer, in Surrey.

He now delivers sermons to handful of followers, sometimes as the mini-skirted Delores in a blonde wig in the grounds of his 17th-century National Trust farmhouse.

Shayler disputes claims by a former girlfriend that he has suffered a breakdown.

“I have spent my life telling difficult truths and now I am in the same situation again. I am the latest reincarnation of the Christ and live a life of unconditional love,” he told the Independent in 2009.

“By exercising the common law right of free will, we can all break out of the system that has enslaved us, started wars and left us mired in debt.”

Shayler says the engravings on the Rod of Aaron, the staff carried by Moses’ older brother in the Old Testament, contained an anagram of “David Shayler, Righteous King”. 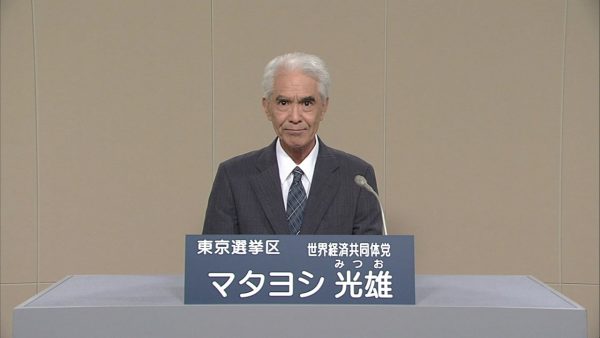 As a politician, Matayoshi Mitsuo has run in numerous Japanese elections as the Second Coming of Jesus Christ.

Convinced that he is Almighty God as well as Jesus Christ, he claims he will conduct the Last Judgment as Christ, but within the Japanese political system.

The 73-year-old has yet to win an election, but says his first step as saviour will be to take over as Japan’s prime minister.

After reforming Japanese society, Mitsuo will then take over as general secretary of the United Nations.

His election campaigns have been marked by his urging political opponents to commit harakiri, or ritual suicide.

Mitsuo is a former teacher who in 1997 founded the World Economic Community Party which has as its major tenet, the fact that he is God.

In 2013 when he first started claiming he was Jesus Christ, Bupete Chibwe Chishimba, a resident of Mindolo Township in the Zambian copper mining city of Kitwe was beaten up.

When townsfolk spotted him claiming to be Christ and incarnated with the divine powers of Jesus, they assaulted him with objects and called for his crucifixion to prove his claims.

Chishimba claimed he fell from heaven in 1999 with the sole purpose of initiating judgment for mankind and ending political rule.

He claimed he could heal the sick and denounced church leaders for deceiving people by saying Jesus is coming when he was already here.

These days the 46 year old goes by the names of Parent Rock of the World, Mr Faithful and Mr Word of God.

He drives a taxi inscribed with the words “Lord of Lords” and walks around the local marketplace spreading the message of the returned Christ.

Chishimba claims to be superior to Jesus, ahead of him in heaven’s hierarchy,

He lives with his wife and five children and when he is not driving his two Toyota Corollas, he wears a robe and parades around spreading the gospel, and preparing the world for the End of Days. 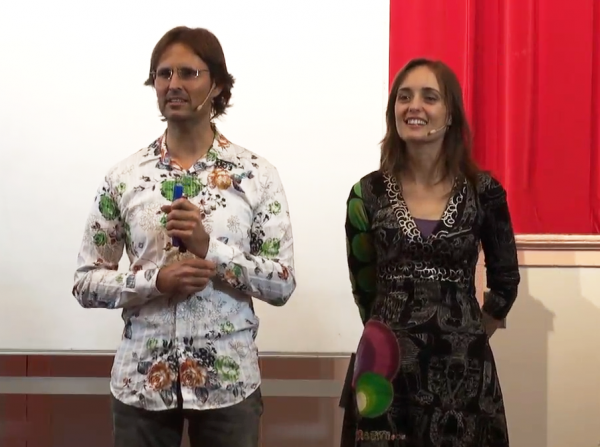 A ex-software manufacturer, Alan John Miller, 57, of the Queensland peanut capital of Kingaroy, is the founder of Divine Truth International.

“Just a little over 2000 years ago, we arrived on the earth for the first time,” he writes on his website, which features DVDs of his speeches and YouTube videos of him answering questions about his claims.

“My name then was Yeshua ben Yosef, or the Jesus of the Bible, the son of Joseph and Mary. “Mary’s name then was Mary of Magdala, the woman identified in the Bible as Mary Magdalene.

“Mary was my wife then, and the first person I appeared to after I was crucified.”

Miller holds “Divine Truth” seminars where he teaches what he calls the “Divine Love Path” which focuses on “Emotional Clearing”.

He states that this path is emotion rather than mind based and will form a direct loving relationship with God.

On his site, Miller gave a doomsday prediction, which he said could start as early as 2012.

Miller claimed that movement of tectonic plates will cause catastrophic “Earth changes” and will result in a dramatic rise of the oceans.

“Both the east and west coasts of Australia will be under water,” he said.

He stated that major cities such as Brisbane, Sydney, Melbourne and the Gold Coast would no longer exist.